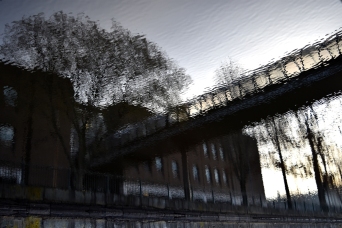 The Lowell High School project is, without a doubt, the biggest thing going in Lowell. I mainly stay out of the discussions about siting this project, mainly because, aside from being a taxpayer, I have very little skin in the game – no children/grandchildren in the school system. I do have an opinion, however, that is not based on tradition or the often-cited “that’s the way we’ve always done it”. That is one of the advantages of being a Blowellian.

In my opinion, soliciting community support for this massive project has been ass-backwards from the start. My recollection is that, until there was some blowback from community groups like CBA and CMAA, there was very little effort to include all the stake-holders in the decision-making.  Did the rush to get the project in front of Mass. School Building for project approval preclude the necessity for a referendum vote on where to put the school? I think it has.

But while decisions and debate about where to put a new high school have become the focus point, there are other equally important issues that are getting pushed aside.  One of those issues is the inadequate school funding support coming from the Commonwealth of Massachusetts.

Thanks to cuts in the state budget and cuts coming from the Federal government, Lowell Public Schools needs to cut the previously approved 2018 budget by nearly $1 million.  At the last School Committee meeting, there was plenty of debate surrounding the cutting of positions. Some of those proposed cuts are positions that directly impact students.  The loss of anticipated Chapter 70 funding is somewhat complicated, but in my mind, these are the issues:

Brockton, Worcester, and other gateway cities, those who are impacted most critically by Chapter 70 underfunding and under-calculations, have joined together in an attempt to force the Commonwealth to rectify Chapter 70 funding issues through a lawsuit to address the inequities of funding. Because of Lowell’s focus on the high school, the effort to fix the funding, and possibly get some relief for our local school budgeting, isn’t even a blip on the radar.

Yes, the high school facility and a building that will serve the students in this community is important, but it is not the only thing.